1. What is visible light transmission rate?

The percentage of light intensity that passes through glass in the visible spectrum (380nm to 780nm).

2. What is visible light reflectance?

The percentage of light intensity reflected by glass in the visible spectrum (380nm to 780nm).

3. What is solar transmittance?

The percentage of ultraviolet, visible and near-infrared light energy transmitted through the glass in the solar spectrum (300 nm to 2500 nm).

4. What is solar reflectance?

The percentage of ultraviolet, visible and near-infrared light energy reflected by glass in the solar spectrum (300 nm to 2500 nm).

6. What are the winter U-value conditions?

7. What are the conditions for summer U-value?

8. What is shading coefficient?

Under the same conditions, the ratio of the heat of solar radiation energy through the glass window to the heat through the 3mm transparent glass. The smaller the shading coefficient, the better the performance of blocking direct sunlight radiation.

9. What is the relative heat gain?

10. What is thermal stress rupture?

The production of thermal stress rupture comes from the uneven temperature in different parts of the glass. The coated glass is exposed to direct sunlight, which mainly absorbs infrared light and part of visible light from the sun, which is converted into energy within the glass body, causing the glass body to form thermal expansion; while the part of the glass inside the aluminum frame structure cannot be subjected to the same solar radiation, thus leading to uneven heating of the glass as a whole and the formation of internal thermal stress, the thermal expansion in the middle zone of the glass causes the glass edge zone to produce tensile stress, and this tensile stress exceeds the edge zone tensile strength, it will lead to glass rupture. The phenomenon of glass breakage due to thermal stress is that the glass edge of the crack is neat and at right angles to the edge, the number of cracks is small, and the cracks in the glass zone is arc-shaped rather than straight. 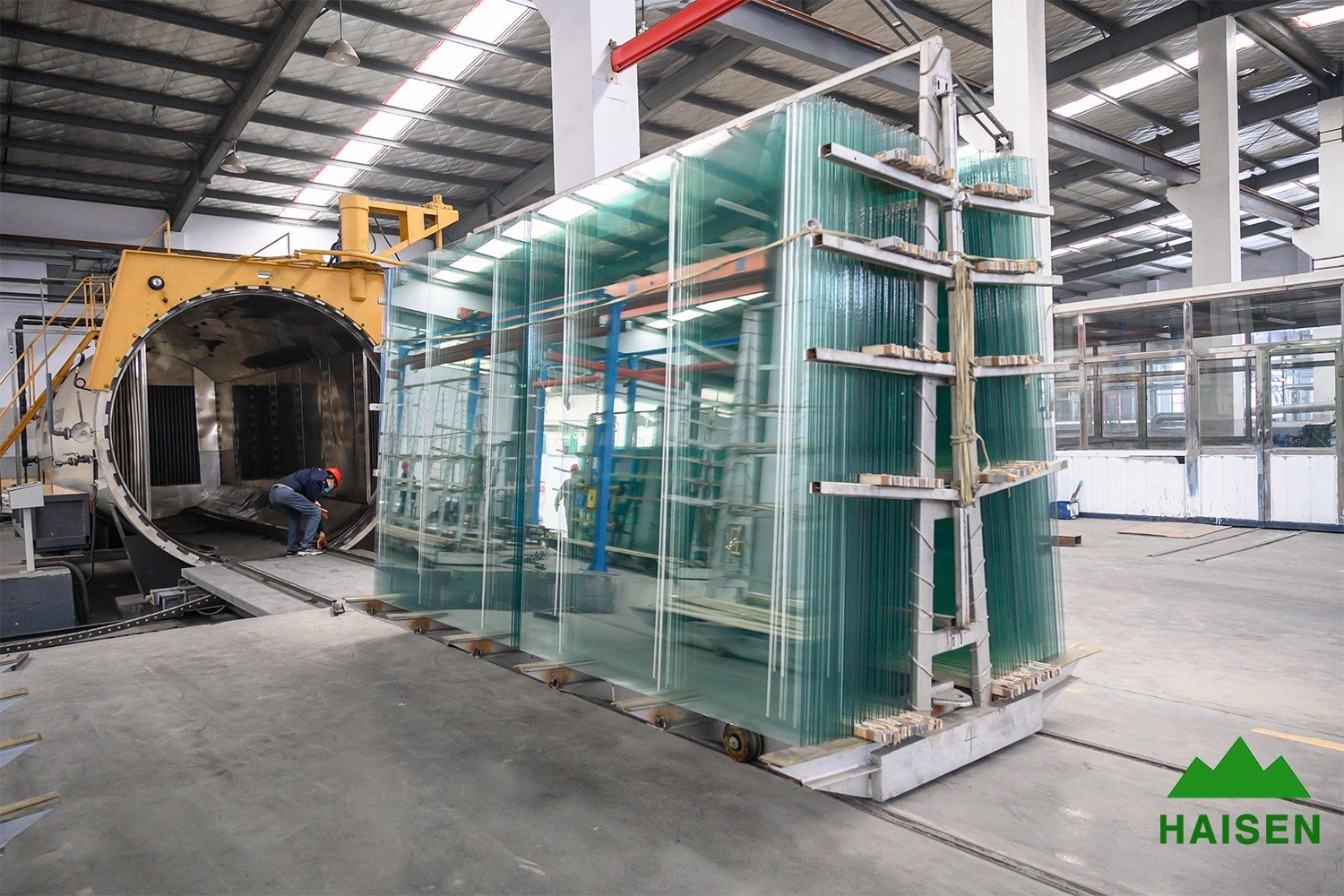 11. What are a few aspects that affect thermal stress?

12. What is heat-reflective glass?

Heat-reflective glass is commonly known as coated glass, which is formed by coating the glass surface with metal film and metal oxide or nitride film, which is the shading coefficient Sc of glass reduced from 0.98 (6mm clear glass) to 0.2~0.6.

13. What are the characteristics of heat reflective glass?

14. What are the applications of single transparent glass?

It is mainly used in concealed observation windows, coating on transparent or tinted glass by vacuum magnetron sputtering equipment. The film surface must be oriented towards the brightly lit room being observed, and the proper illumination ratio must be created to achieve the desired effect.

15. What is wind load capacity?

It is the ability to withstand uniform wind pressure. It is related to the size and thickness of the glass and other factors.

16. What is the control range of the crushing rate?

Theoretically, it is controlled within 3% (deductible breakage rate). Now, due to market changes, it is no longer achievable.

17. How many types of substrates (original glass) are there?

18. What is the range of the spectral bands of solar radiation, visible light, ultraviolet light and infrared light?

20. What kinds of composite products are there in glass? 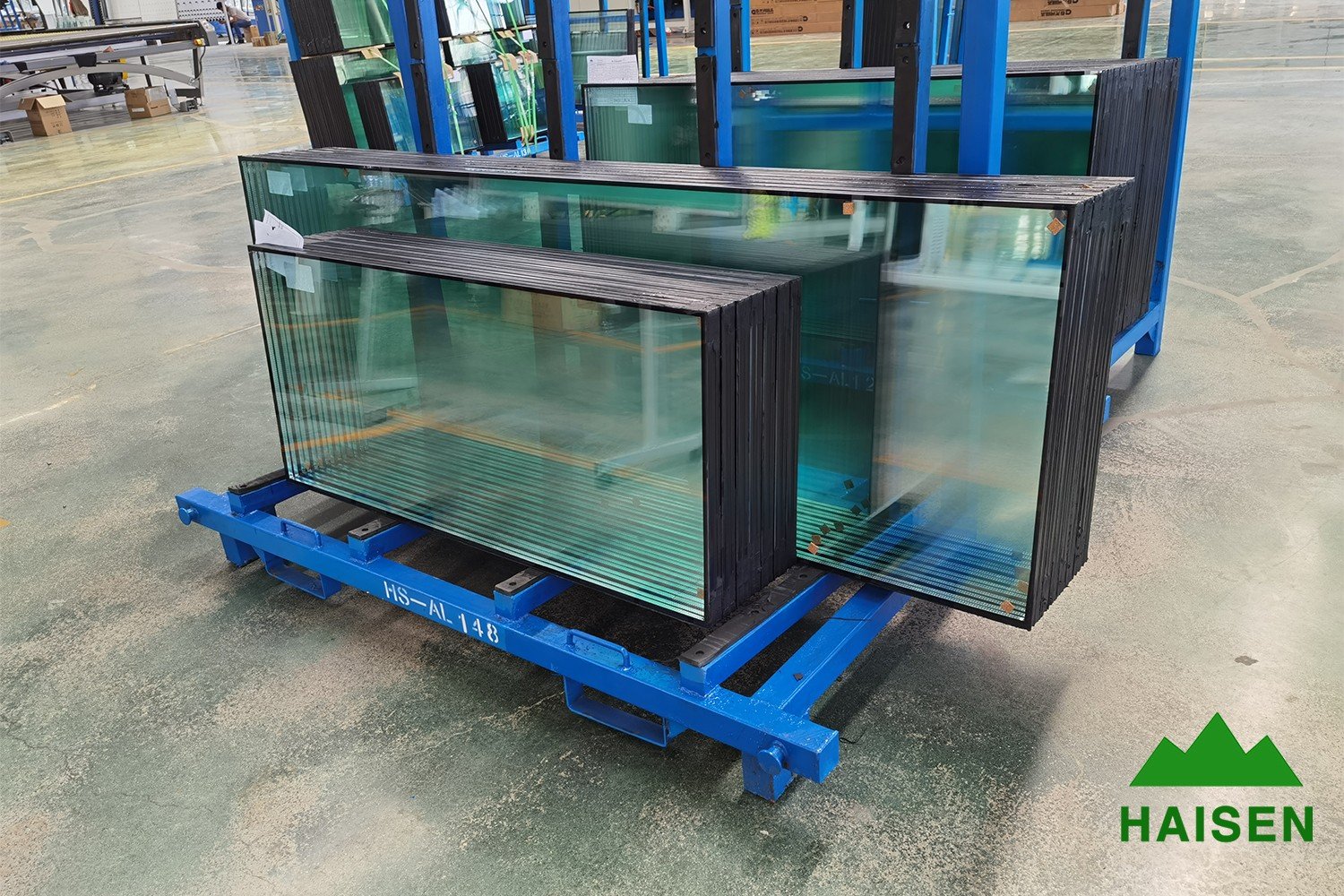 21. What is the shading coefficient Sc and which part of heat transfer does it reflect?

22. Is it better to have a high or low shading coefficient Sc?

23. What is U-value? Which part of heat transfer does it reflect?

U value reflects: the heat energy transmitted through the glass due to convection conduction, which includes the transmission of heat energy absorbed by the glass and then radiated to the outside. Therefore, the emissivity E of the glass is low, and the U-value is correspondingly low. Convection transfer heat energy = U value × (T outdoor - T indoor) T outdoor, T indoor are indoor, outdoor temperature.

24. How many parts does the total heat energy transferred through the glass consist of? How to express it?

25. What are the components of solar radiation?

There are three components: ultraviolet radiation, wavelength range 0.01 to 0.4 microns.

26. Does far-infrared thermal radiation come directly from the sun?

27. Is there far-infrared heat radiation indoors?

28. How does far-infrared heat radiation pass through glass? 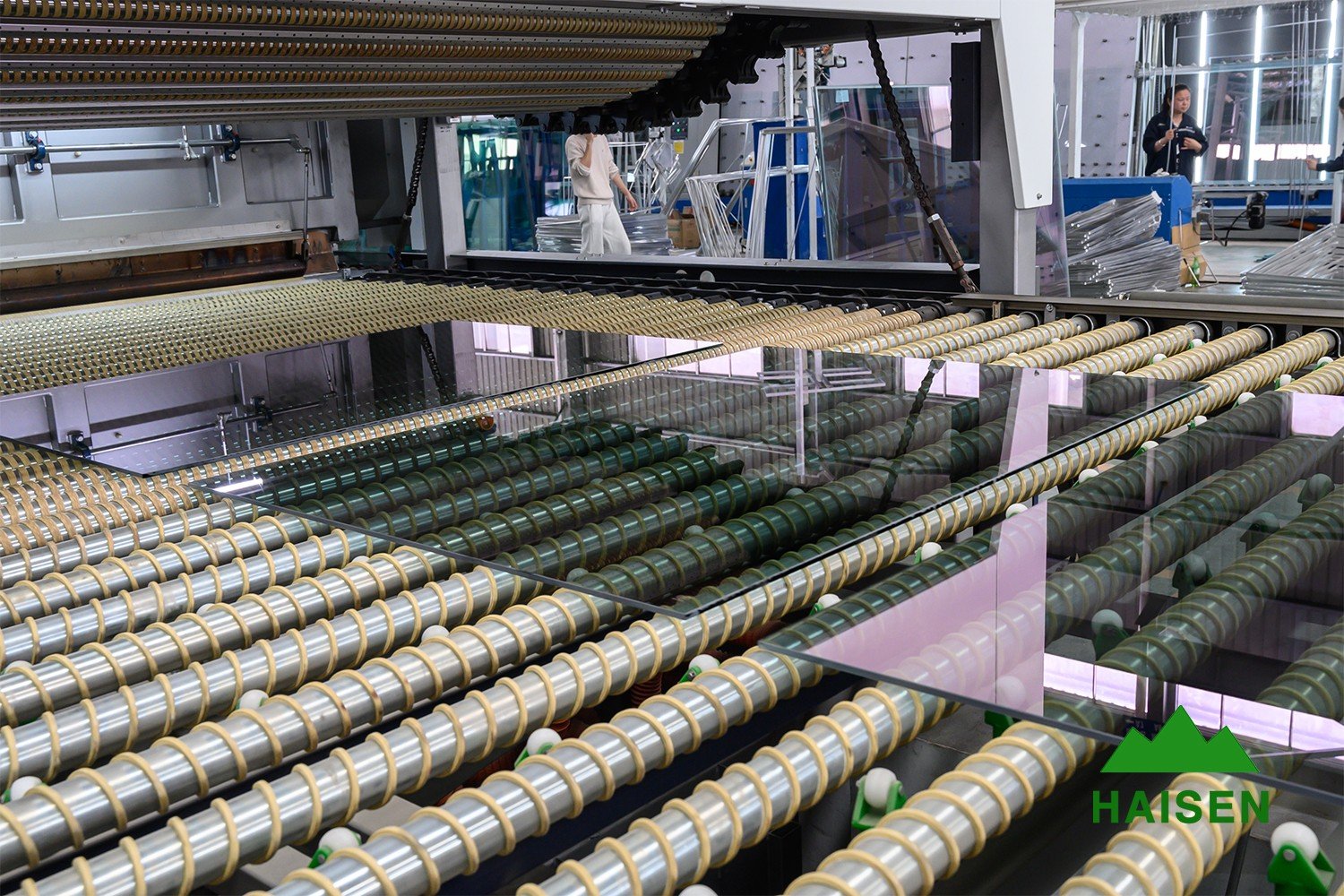